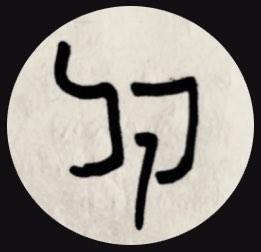 #Me by Kal Omari

I experienced liberation from my first identity crisis in 2014, uploading photos shortly before the new year. Initially unappealing to me, Facebook served as a means to communicate on behalf of the band. Enlightenment came realising that two years of backpacking holiday snaps had absolutely nothing to do with the music industry.

I’d caught myself in the act.

Despite an industrial profile, my Facebook presence became more that of an individual than a promoter. Blindly, I’d allowed professional elements to evolve into relative qualities of now primarily social exchanges. A traditional sensibility towards the media I’d developed over the years had re-organised itself, without permission, in what DiNucci (1999) described as shifting from Web 1.0, to 2.0.

I revealed my true given name on Facebook, accompanied by a pseudonym serving to appease my sense of humour. Music correspondence shifted to a “page” managed through multiple accounts, and a photo of a rock bearing the silhouette of my head replaced the band’s logo as a profile picture.

My previous rejection of social media’s significance was replaced by the observation that our ‘lives are increasingly lived and expressed virtually, and […] are both private and public, not to mention intensely ‘real’’ (Gabriel 2014, p.108). As such, virtual experiences can be clearly seen contributing to a traditional sense of narrative identity, adding both directly and indirectly to our individual stories over time.

It was observed long before talk of Web 2.0 that when enacting identity, the individual ‘requests […] observers to take seriously the impression […] fostered before them’ (Goffman 1959, p.17). This notion of performativity (Butler 1993, 1999) is central to contextualising identity online. It begs us to question if “self” remained intact during our shift to Web 2.0. Were our performances over half a century ago any more, or less convincing than what we see today? Have things such as the rise of “selfie” culture fostered an insular, introspective quality previously unheard-of in our day-to-day histories?

What do you think?

It helps to envision this shift through the work of Hayles (1999) as a movement towards reflexivity using the cyborg metaphor. Reiterating the question of how information lost its body, she demonstrates a Cartesian duality in the aspirations of humanity.

Likewise, despite having acknowledged agency to my online presence, I still represented myself using the photo of a shadow. Symbolically projecting the concept of duality and disembodied information, in actual practice, I was an avid consumer of Facebook’s mediation when catering many of my organic problems. I’d become a cyborg. Hayles sees this as moving towards a final stage: virtuality.

Skip to the present and things haven’t changed; they’ve grown. My accounts have expanded beyond Facebook to include several other platforms of social mediation. Profile pictures might change once in a while, yet if someone were to consecutively click through the accounts, they would find something like this:

The symbols you see on the profiles are my name written in Hebrew script. Kal is not an Israeli title, but a common word that roughly translates to “OK” or “No worries”. It is a visually dynamic technique in branding my online identity across these multiple platforms. Within such imperative, it’s noted that ‘performing one’s sense of personality is critical to the conveyance of the brand’ (Smith, Watson 2014, p.79). For this reason, I began to experience my second identity crisis.

Smith and Watson (2014) discuss the notion of self 'as a commodity to be packaged for brokering' (p.79). Should we consider ourselves as people or products or brands? #Consumerism #Superficiality

Choosing a pseudonym was partly to distance myself from the branding of an earlier publication. However, this meant I was truly missing something. The shift to Web 2.0 had me embracing new inspirations and ways to explore our environment, yet the only substantial writing I’d done was in a small diary. One of my most marketable talents had been stubbornly withheld by the “me” I became when online, and my conscience was finally getting the upper hand.

Using the aforementioned notion of performativity (Butler 1993, 1999), Gabriel (2014) illustrates that social and other types of digital media are creating new benchmarks for self-actualisation and visible display, or new means to performatively constitute meaning. None of these had been explored using my writing.

It was time to blog.

Liberation from this new online identity crisis came in the form of the site you are now visiting. I realised kalomari.com over New Year’s Eve, launching it while staying at a lagoon with a fitting history of Caribbean piracy. In Web 2.0, any writer has a blog – it’s simply what’s done. Advocates for Media Studies 2.0, of course, have blogs. David Gauntlett (2019) and William Merrin (2010) are examples.

Merrin (2009) suggests that, similar to open-source software, Media Studies 2.0 should transcend institutionalised confines to make itself publicly transparent, as demonstrated by the aforementioned blogs. This seems to be an effective model that encourages improvement through critical feedback. My question is, does such an approach facilitate evolutionary processes non-exclusive to academic disciplines?

Through blogging and our use of social media, are we trying to develop open-source identities?#ALC708

I think the answer is yes, at least when “connected”.

Butler, J 1993, Bodies that matter: On the discursive limits of ‘Sex’, Routledge, London

Goffman, E 1959, The presentation of self in everyday life, Doubleday, New York

Many thanks go to Mathieu Tozer for granting permission to use his selfie timelapse. You’re the only person I’ve ever taken seriously when announcing they’ve quit Facebook.